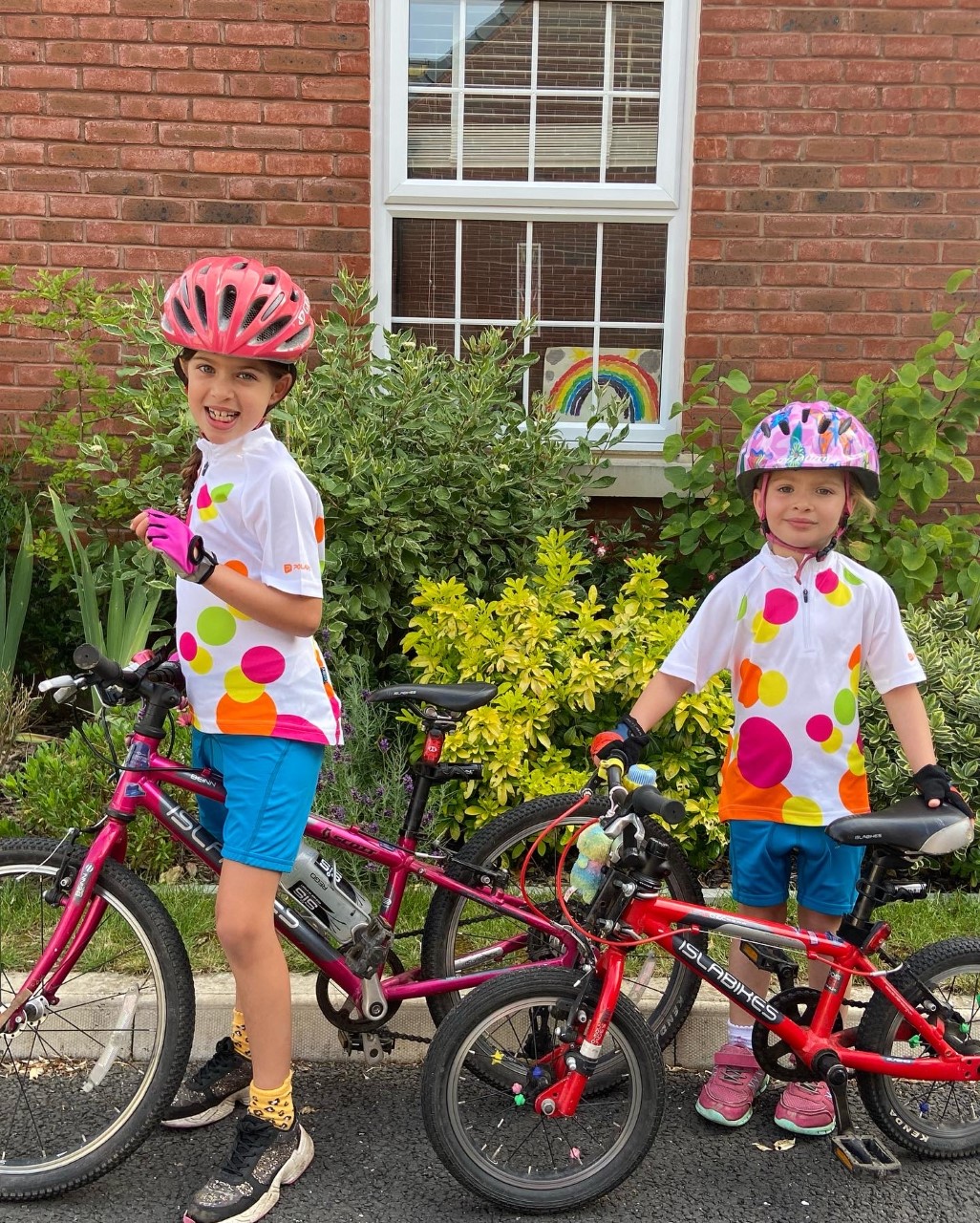 Here’s another of our Stories from Great British Rainbow Active Series participants. Here we meet Sabina and family from Worcestershire who are cycling to support Worcestershire Royal Hospital. Sabina combined a ride for the Series with one for her daughter Aaliya’s 7th birthday – what a great idea. Well done!

Here’s what she says:

Aaliya requested a birthday bike ride of 21 miles (last year we did 18 miles) while we were staying with her gran in Devon and so the grandparents devised a lovely route around the Exe Estuary Trail, complete with a map of landmarks to tick off as we went round! Our youngest daughter, Isla who is only four, managed to cycle eight miles independently and the remainder hooked up to daddy’s bike on the trail gator. We were out all day with lots of fun stops including crabbing, crossing the Exe on the ferry and playing on the beach halfway round. The last few miles were powered by Haribo as they were both shattered but they were so pleased and happy at the end – and very much looking forward to their Rainbow Active Series medals!